6 Of The Best Car Interiors

The average driver will spend 32 hours a year stuck in traffic. This is why a car’s interior has come to be such an important feature for car owners. But which manufacturers create the best car interiors, you ask?
Some brands are famous for their luxury car interiors, effectively combining beautiful trims with infotainment, driver app connectivity and function. Others prefer a more simplistic approach.
Below, we detail the best car interiors currently available.
Mercedes S-Class 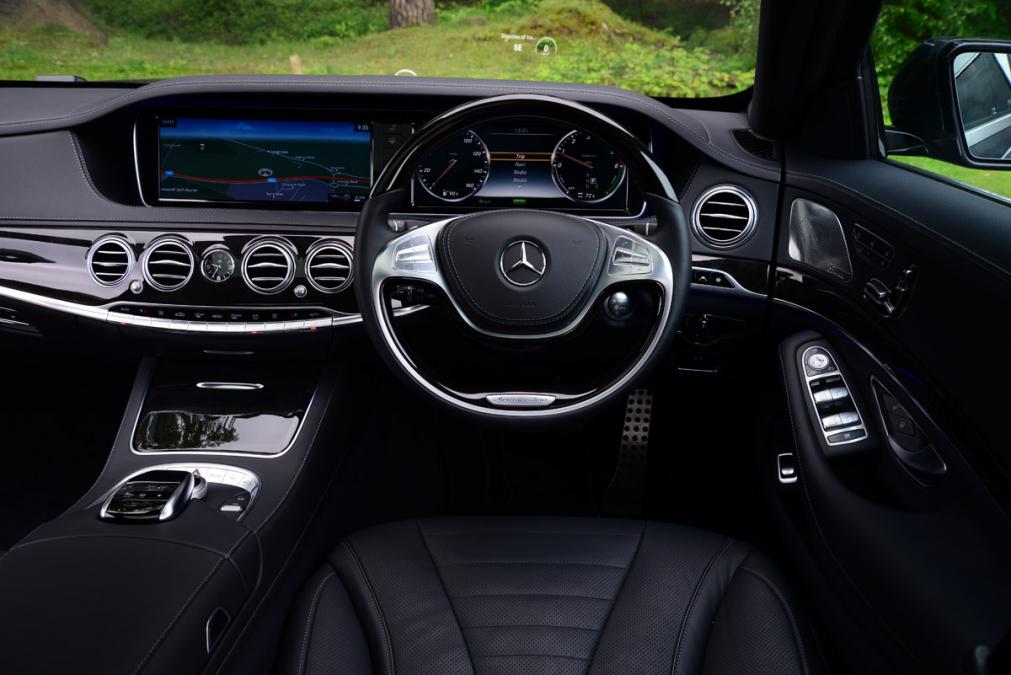 Not only are the seats heated, but the armrests are too. The steering wheel, doors, armrests, seats and fascia are given a luxurious layer of leather; it really is no wonder why this is considered among one of the best car interiors.
It isn’t just the materials which give the S-Classa deluxe feel, though. The car doesn’t have any regular light bulbs inside. Instead, Mercedes have opted for 300 LEDs. This lighting option gives the driver 6 colours to choose from and offers a more ambient atmosphere in the cabin.
The S-Class implements a clear screen for its infotainment, though it’s not an overwhelming feature of the car – remaining somewhat understated. The steering wheel, however, holds more buttons to ease control for the driver.
Audi A8 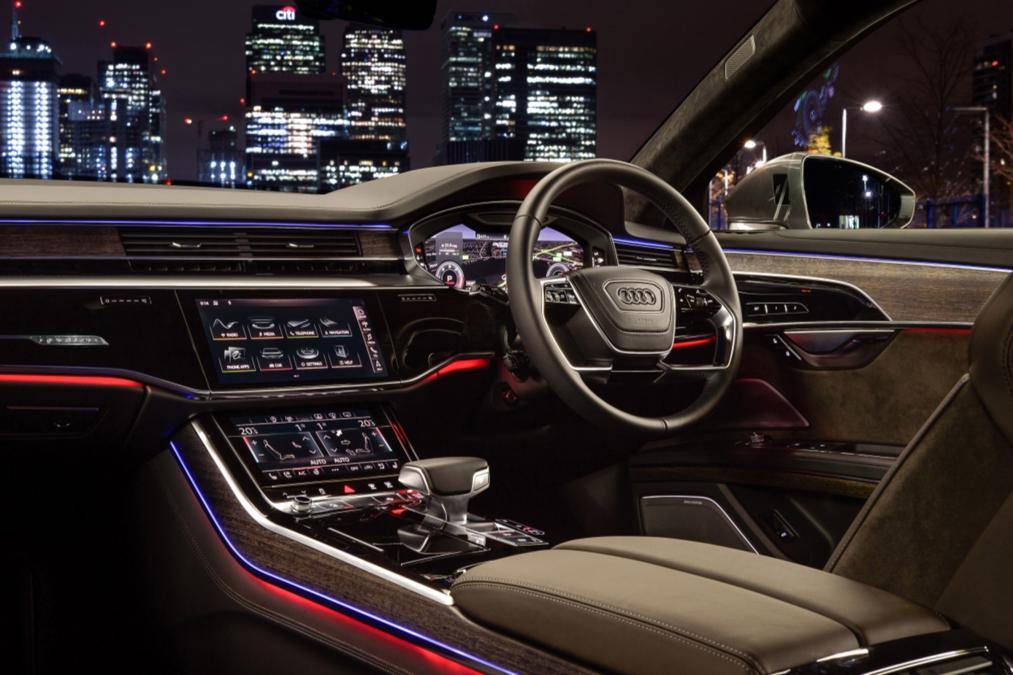 Audi has made luxury a standard feature in their new A8 model. With a multi-function steering wheel, heated seats and a chilled glovebox, Audi know it’s the little features which make the biggest difference.
This elegance is continued with their minimalist design. With less clutter, Audi have created the illusion of greater space in the cabin.
The long-wheelbase version offers additional features, including heated back seats (as well as the front), electric sun blinds and four-zone climate control. So, not only do you feel all the benefits of Audi’s luxury, all of your passengers do too!
BMW 7-Series 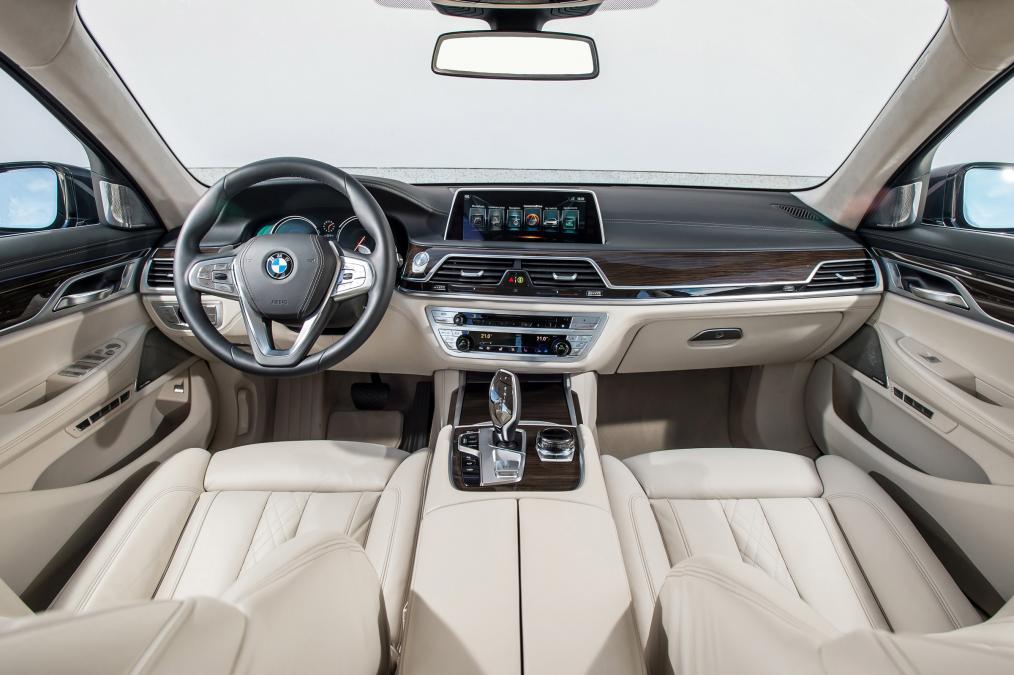 Like the Audi A8, the BMW 7-Series also goes for the understated look. The dashboard holds hi-tech features, with a great infotainment screen placed atop a rich wood trim.
The 7-Series also projects a head-up display that presents important information onto the windscreen. This way you never need to take your eyes away from the road.
With a built-in internet connection, the BMW’s infotainment system is an excellent interior feature. You can add various third-party apps such as Spotify, TuneIn Radio, Facebook and Twitter to the car’s ConnectedDrive system, which also allows you to look up restaurants and places to park.
Jaguar XF 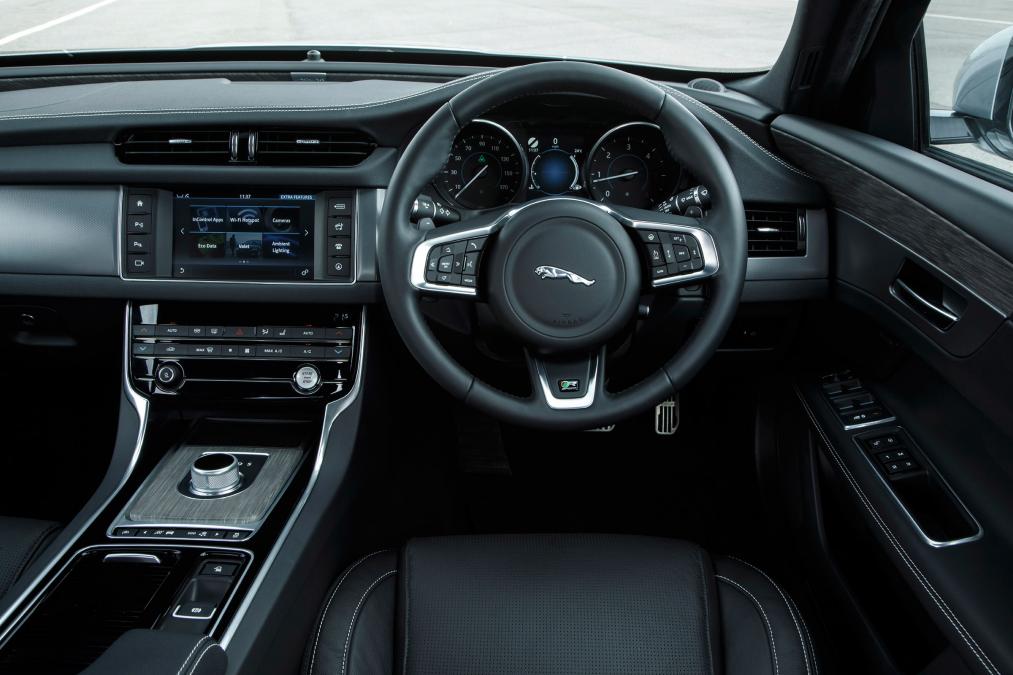 Jaguar, like the previous manufacturers, implement their own connectivity system. This one, named InControl, has a central touchscreen with the pinch and swipe functionality of your smartphone. Use this to control functions like sat-nav, audio and other Jaguar apps.
With leather upholstery and electrically adjustable and heated seats, the XF finds itself up there with the beautifully executive Audi, Mercedes and BMW vehicles. Though this is only the entry-level model.
If you opt for the ‘Portfolio’ model, you will receive even better amenities. Gloss veneer, heated windscreen, keyless entry, front parking sensors and reversing camera… just to name a few.
Range Rover Sport 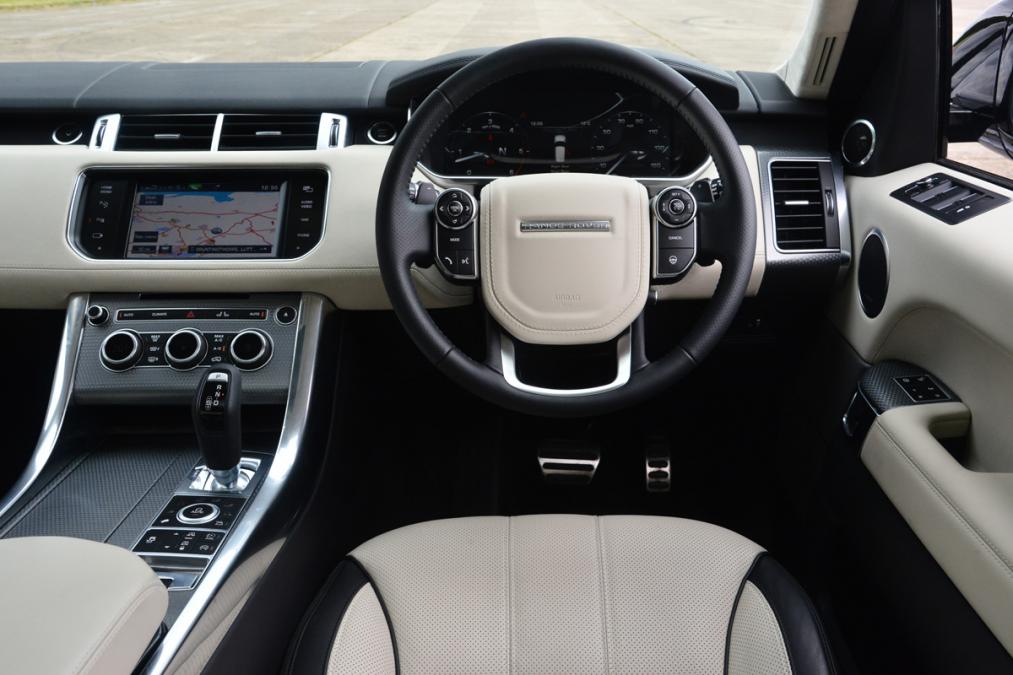 As it is a part of the Jaguar Land Rover family, there are some similarities between the XF and the Range Rover Sport. These include the aforementioned InControl system, which enables drivers to control their infotainment system like their phone.
However, as an SUV, the Sport’s passengers will find themselves held high above other people on the road. The driver’s view is excellent as a result of this, but it is also accompanied by a laser heads up display which can relay sat-nav instructions.
Entry-level models include many elaborate features: keyless entry, reversing camera, heated seats throughout the car and a lane departure warning signal.
Rolls-Royce Phantom 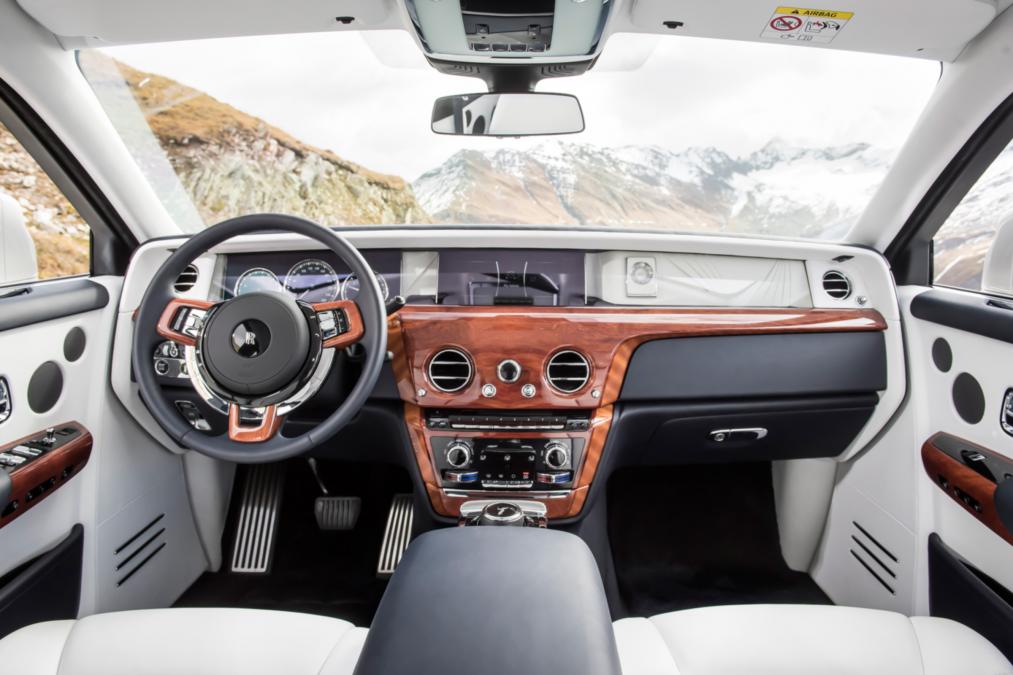 Of course, what kind of list would this be without an entry from the grand Rolls-Royce? What more could you come to expect with its deep-pile carpets, wooden trims and soft-grain leather?
Rolls-Royce’s attention to detail is shown in every aspect of the Phantom. The rear seats are even angled in such a way that you can talk to one another without the risk of neck strain.
A button on the C-pillar provides an Ottomans motor for your feet, in what the car manufacturer names: the ‘embrace’.
Does your car have a luxury interior?
If not, then one of our short-term leases could be just for you! You could be driving one of these executive vehicles, without the outlay of buying one or the hassle of depreciation costs. Is this the solution you’ve been looking for? Get in touch today!