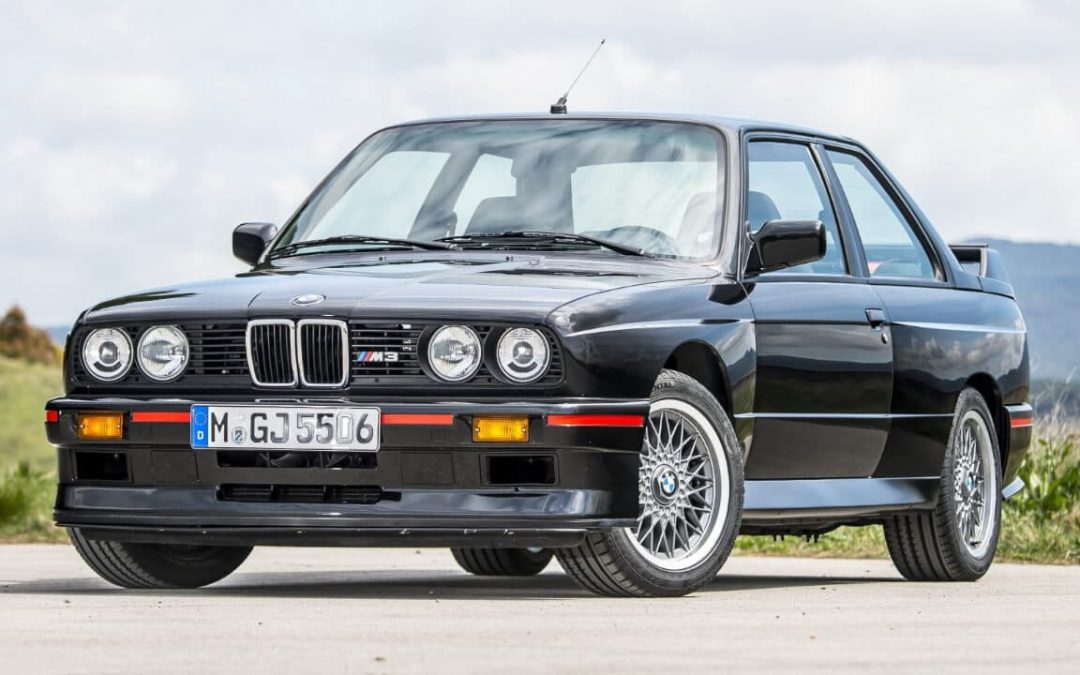 BMW M is the specialist tuning division of BMW and was originally created in the 1970’s to facilitate BMW’s motorsport program.  It went on to produce M cars for road use, which are  considered to be top of the range, high performance vehicles in the automotive world.

The first car developed by the M team was the legendary 3.0 CSL, appropriately nicknamed ‘The Batmobile’ due to the cars aerodynamic design and styling. The car enabled BMW to dominate various European Touring Car Championships and win multiple titles in the 1970’s, the most notable being a victory at the infamous Nüburgring Six Hours in 1973.

After proving themselves on the track, the BMW M division decided to apply their strategy to their road cars as well.

The BMW M1 is a mid-engine supercar and was the first road car development by BMW M. Although performance may not compare to supercars of today, the M1 had 273bhp, had a top speed of 161mph and hit 62mph in 5.6 seconds. It had the supercar looks, with a supercar price tag to match, costing you around £2000 more than a Ferrari BB12 – a popular supercar of the same era.

This car was originally meant to be built by Lamborghini, who pulled out of the project due to other commitments.

Following the M1 supercar, BMW M decided to apply the M badge to more pedestrian BMW models. The 5 Series E12 was chosen, and although not considered as a ‘proper’ M5, the luxury saloon was thought to be a great foundation for the next M car.

Improvements were made to the chassis and aerodynamics, and a car was given a 3.5-litre inline-six cylinder engine producing 218bhp.

Even though the E26 6 Series was produced in the late 1970’s, BMW M produced the M635 CSi in the early 1980’s.  It featured the same 3.5-litre straight-six as the M1, although boasted a few modifications. Simply badged as an M6 in North America and Japan, the coupe featured the recognisable ‘Sharknose’ front end, and is known as one of the most attractive M cars ever designed.

With 200bhp, later increasing to 235bhp in the Sport Evolution model and a lightweight body, the M3 E30 not only dominated on the track, but on the road too, leading it to become a performance icon and one of the most recognisable names in performance car history.

Produced from September 1988 as a saloon, with a touring version being released in 1992, the E34 generation of the M5 demonstrated high build quality and attention to detail rarely seen in a production car. Dripping with class while also boasting intimidating yet timeless styling, BMW offered colours such as Daytona Violet and Techno Violet to make this generation of M cars visually enticing.

Make your next vehicle lease a BMW from Just Vehicle Solutions

We have a range of BMW’s available for 6-12 month short term lease to suit your needs. All of our vehicles include Vehicle Maintenance, Road Tax and 24hr Roadside Assistance as standard, so book a call with one of our lease experts today to discuss your next BMW lease.