Mercedes-Benz is a brand so well known that at the mere mention of the name, an image of vehicular luxury is instantly conjured. But how many of these Mercedes-Benz facts are you aware of?
Mercedes-Benz History
The company became known as Mercedes-Benz in 1926, and was the result of the merging of two companies, Daimler-Motoren-Gesellschaft and Benz & Cie, owned by Gottlieb Daimler and Karl Benz respectively.
Both men were instrumental in the beginnings of the automobile industry as we know it today, and although their legacies would be forever entwined with the combining of their companies, the two men never actually met, despite living relatively close to one another.

The latter part of the name Benz is obviously in recognition of Karl Benz, however, the story behind the Mercedes name is a little more interesting. The name was actually in use by DMG as early as 1901 with the Mercedes 35hp, the world’s first ‘modern car’, which was named after the daughter (Mercedes is a Spanish girls name meaning ‘grace’) of successful businessman Emil Jellinek, who had a passionate hobby as a race car driver and team manager.
Jellinek entered several Daimler-built vehicles into races under the name of Mercedes, thus earning a great reputation for the vehicles under this branding. DMG trademarked the name in 1902.
Mercedes-Benz Logo Origins

Possibly one of the most recognisable logos, the three-pointed star was trademarked in 1909. Inspired by their now deceased father Gottlieb Daimler, his sons recalled a postcard he had sent to their mother with a three-pointed star drawn over the location of their home with a note to say that one day the star would shine over his factory and bring them prosperity.
The three prongs are also representative of the company’s plan to have its engines dominate vehicles on land, in the sea and air. Interestingly, they also trademarked a four-pointed star logo, the fourth point to represent space. It hasn’t come to fruition yet…. but who knows what the future holds!?
Mercedes-Benz Company Motto
“Das beste oder nichts” is the company motto and it is the epitome of everything Mercedes stands, translating to ‘the best, or nothing’ in English. The slogan actually pays homage to one of the company’s founding fathers, Gottlieb Daimler, who lived and worked by the ethos of this phrase and used it as his own personal motto.
Who owns Mercedes-Benz?
Mercedes-Benz is one of the Daimler subsidiaries, sitting alongside Smart, Mitsubishi and Daimler Trucks.
Why the Silver Arrows?
German race cars were supposed to be white, until Mercedes entered the new W25 at Nurburgring in 1934. The vehicle was found to be 1kg over the required weight, and so the white paint was scraped off to reveal the silver metal paintwork.
The W25 won, and soon after Mercedes, along with other German race cars, were silver in colour, thereby becoming known as The Silver Arrows.
Even though Mercedes’ modern F1 cars are now made of carbon fibre, they are painted silver in honour of this tradition.
A Smart Subsidiary

Tiny cars aren’t really at the forefront of the mind when invoking images of Mercedes, however, Smart cars are a wholly owned subsidiary of the company. The idea actually came from the CEO of Swatch (as in the watches!) who wanted to merge the funky styling of the jewellery into a car – even the name is an amalgamation of the two: Swatch Mercedes ART.
Mercedes-Benz Models 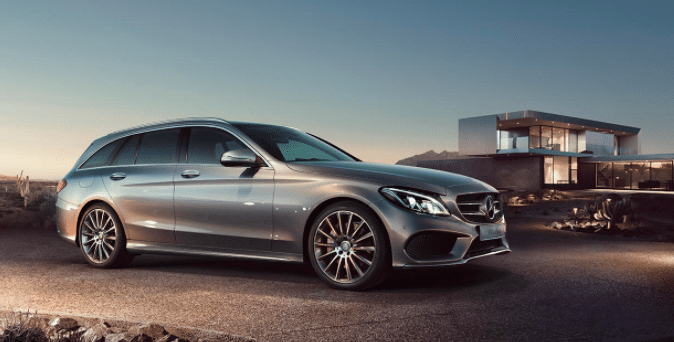 Mercedes-Benz cars cover a range of vehicles, including hatchbacks, saloons, estates, coupés and SUVs. The variety of Mercedes types are just one of many benefits of the brand.
The Mercedes-Benz C-Class Saloon is one of the best-selling cars not just within the Mercedes-Benz brand, but in the UK as a whole. The C Class offers a luxurious and comfortable interior and fuses that with the classic, stylish and elegant looks that have proved so popular and synonymous with the Mercedes name.

The Mercedes range has experienced a recent revamp in a quest to attract younger drivers. This has been achieved with the popular Mercedes-Benz A-Class Hatchback.
The A-Class is the most affordable Mercedes car in the range, and rivals the likes of the Volkswagen Golf and Audi A3. Athletic, dynamic and intelligent, it comes as no surprise that this model has done extremely well in the younger driver market.
In terms of upcoming 2018 models, Mercedes plan on releasing new additions to the A-Class and C-Class families.
Enhance your business on the roads

Mercedes-Benz, a brand synonymous with class and style, could be the perfect option to showcase the professionalism and success of your company. Find your perfect special lease offer today!
Our friendly team is on hand to guide you through the Mercedes range and discover the best model to meet your requirements. Don’t hesitate to give us a calland make the first moves towards your exciting new company car!