The Best 6 Car Adverts of All Time

Some are good, some are bad, and some are just outright strange. Yes, we’re talking about car adverts. Below, we list our top 6 favourite car advertisements.
Are there any we’ve missed that spring to mind? Don’t forget to let us know on social media or in the comments!
1. Skoda Fabia Cake Campaign – Full of Lovely Stuff (2007)
The winner of various international awards, the Skoda Fabia cake campaign did wonders for the brand leading up to the release of the second-generation Fabia.
The advert shows bakers creating a replica of the Fabia using various cake ingredients to the score of “My Favourite Things” by Julie Andrews.
2. Citroën C4 – Transformer
Inspired by the Transformers film franchise, Citroen created a lot of hype for the new C4 with their car adverts.
The French automaker’s marketing campaign depicted a Citroën C4 transforming into a human-shaped robot that did everything from breakdance to ice skate. The car ad featured funky music and the slogan: “The new Citroën C4. Alive with technology.”
3. Rénault Megane – Shake It (2003)
Another entry from a French automaker, Rénault’s Shake It advert was memorable for a variety of reasons, including prompting over 100 complaints.
The car advertisement featured various people shaking their behinds to the tune: “Shake It” by Groove Armada.
The controversy was a response to the “suggestive” movements of those dancing in the video and the use of the word ‘ass’ in the soundtrack, and led to the advert being ordered off air till 7:30pm.
4. Honda – The Cog (2003)
“Isn’t it nice, when things just work?” This is the question asked by the voiceover that wrapped up the neat Honda Accord advert back in 2003.
The meticulously clever old car advert took seven months to make and was one of the most successful car ads ever. The Honda advert shows various Accord parts combining and colliding to create a carefully crafted chain.
Within 24 hours of its debut on TV, it resulted in the Honda’s website getting more traffic than all but one UK automotive brand received during that entire month.
5. Peugeot – The Sculptor (2003)
Peugeot’s Sculptor is another memorable car advertisement. Released in 2003, it featured a man modifying his car in various ways, including crashing it and getting an elephant to sit on it, in order to turn it into the exciting new Peugeot 206.
The advert became so famous that, 15 years later, Top Gear teamed up with Peugeot to recreate it.
6. Mercedes-Benz – Chicken Magic Body Control (2014)
Chickens and Mercedes vehicles, two things you’d never imagine coming together until this car advert aired. The commercial uses swaying chickens to promote Mercedes-Benz’s new Intelligent Drive system, which offers “Stability at all times” and “Magic Body Control”.
The car advert did receive some criticism for using actual chickens, but it was a commercial success. It now rivals the likes of the Cadbury’s drumming gorilla in terms of dancing animal adverts.
What car adverts have we missed?
Are there any adverts we’ve missed from our list? What’s your favourite car ad of all time? Let us know on social media or in the comments below! 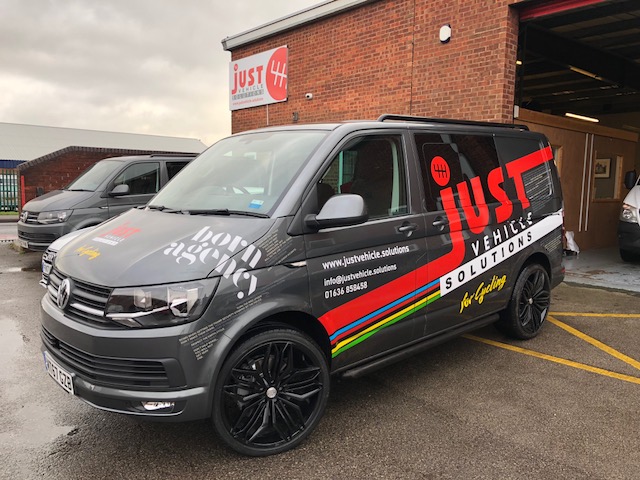 Feeling inspired? Why not make your car a mobile advertisement for your business? Call us today to enquire about

, complete with your branding and logo!