With Jeremy Clarkson’s first ever episode of Top Gear airing almost 15 years ago to the day, now is the perfect time to take a nostalgic look back at some of the presenter’s best moments on the show alongside partners in crime Richard Hammond and James May.
The Best Top Gear Specials
The ‘Specials’ were always something that Top Gear fans looked forward to as they promised the usual banter and camaraderie but on a much bigger scale. These are what we feel to be the funniest and most spectacular special episodes.
Africa

Airing as a two-part special in 2013, the Africa episode challenged Clarkson, Hammond and May to find the source of the River Nile. In true Top Gear fashion, producers made this very difficult for the trio by making them do it in second-hand estate cars, which they later put on a man-made raft and turn into mobile homes, much to the hilarity of onlookers and viewers.

As was always the case with the Top Gear challenges, nothing about it is straightforward, much to the frustration of Clarkson, May and Hammond but enjoyment of the viewers.
USA
Clarkson consistently mocked America throughout his time on Top Gear, from poking fun at their weight to warning Aaron Paul off his daughter. This made it all the more exciting when Top Gear announced their U.S Special, in which they travel from southern Florida to New Orleans in American-made cars.
Whether it’s offending a bunch of rednecks to the point they begin throwing rocks at them or driving with slogans such as “man love rules OK”, “Hillary for President”, “Nascar sucks” and “Country and western is rubbish” (the two are in fact linked, surprisingly), laughs are a plenty with this episode. 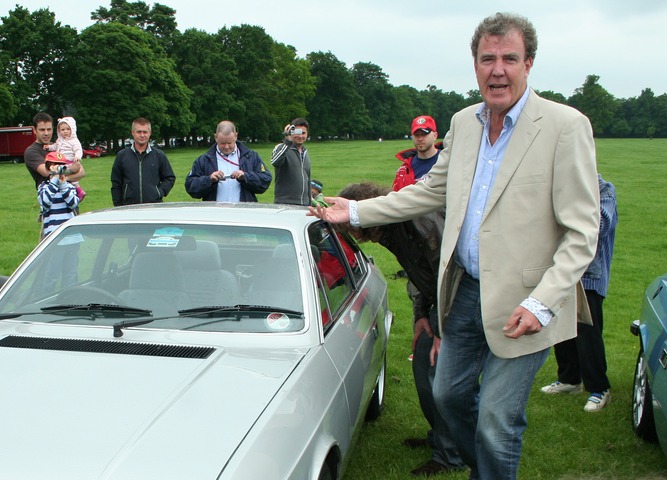 The Specials certainly lived up to their name, but that’s not to say Jeremy, James and Richard didn’t have some fantastic moments in the regular episodes…

Jeremy Clarkson puts the Toyota Hilux’s robustness to the test via some extreme measures, including smashing into a tree, offering it to the sea and dropping a caravan on it. And they were just a few of his methods!

Top Gear was often at its best when at peak ridiculousness, which some would say was when the presenters made their own limousines. James May’s was an Alfa Romeo fused with a Saab featuring an interior sauna, Richard Hammond’s was a self-built, rear-drive sports limo convertible, and Jeremy Clarkson’s was a Fiat Panda-themed two-door limo.
If the sheer sight of the trio in these comical vehicles isn’t enough, wait until they drive them around a busy London…

While silliness was often at the forefront of Top Gear’s best moments, the show did have its fair share of epic and extraordinary features, the best of which may be when they pitted the Audi RS4 against one of the best climbers in the world.
The challenge? See which one would be first to the top of a mountain, of course.

Climbing a Dam in a Land Rover

Another epic moment in Top Gear history was when Richard Hammond put a Land Rover to the test by climbing a phenomenally steep dam. Never has there been a better challenge for a vehicle that claims to be one of the best off-road SUVs on the market.
Best Top Gear Guests
Arguably the show’s best feature, ‘Star In A Reasonably Priced Car’ produced some of Top Gear’s best moments. This segment involved an interview between Clarkson and a celebrity, followed by a clip of their attempt to drive around the Top Gear track as quick as possible in one of the following cars:
Toyota GT86Vauxhall AstraKia Cee’dChevrolet LacettiSuzuki Liana
Guests included global stars such as Usain Bolt, Hugh Grant, Mark Wahlberg and Sir Michael Gambon, but these are who we believe were the most entertaining of them all…

The man most famous for creating and playing Mr Bean, Rowan Atkinson not only achieved top of the leaderboard with his lap, but he also delighted viewers by reviewing two cars using only facial expressions.

Appearing together to promote their new film Knight and Day, the two global superstars were brilliant guests, talking about their own vehicles before watching their laps around the track. Cruise lived up to his action-star name with a ferociously fast performance in the reasonably priced car.

LeBlanc has always been a keen motorist, and that certainly came through on his first appearance on the show. His lap in the Kia Cee’d beat Rowan Atkinson by 0.1 of a second. It’s hard not to label LeBlanc as one of, if not the best guest considering he now hosts the show!
What next?
So, there you have it. The best Top Gear moments featuring Clarkson and the gang. A lot has happened since the above episodes aired, with Top Gear now fronted by Matt LeBlanc (following an unsuccessful stint by Chris Evans) with Clarkson, Hammond and May emigrating over to Amazon Prime with The Grand Tour.
Will The Grand Tour have as many memorable moments as Top Gear did with the trio? Will Top Gear ever get back to the heights of Clarkson and the gang? Only time will tell…