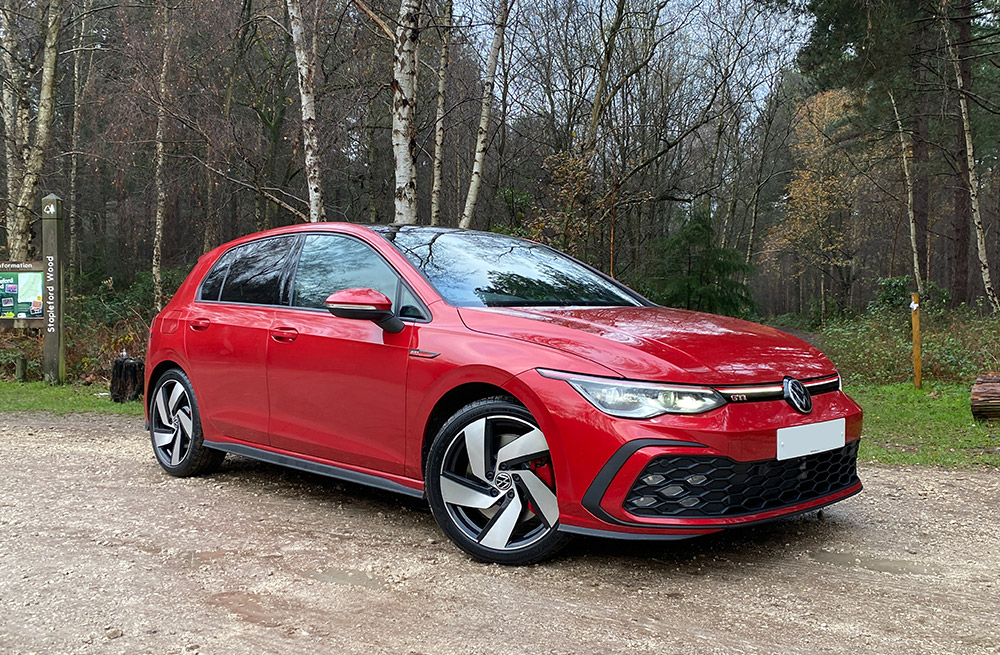 The history of the VW Golf GTI

Since its first launch 45 years ago, the Golf GTI has become the most iconic hatchback on the planet. VW Decided to end 2020 on a high with the launch of the Golf MK8, so we thought we would look back at the history of the GTI – the world’s most loved hot hatch.

In 1974, a handful of staff members at Volkswagen began working on a secret project to develop a more sporty version of the Golf.  Initially, the project was not officially sanctioned as such, but eventually got given approval in March 1975. With the intention of unveiling the new version of the hatchback at the International Motor Show (IAA) in Frankfurt in September of the same year, the race was on. The project made significant progress when the team finally decided what engine to use, advancing from the original idea of a carburettor engine generating 100 PS, to an injection engine generating 110 PS. Last but not least, the car needed a name.  Suggestions included TS and GTS, but GTI was to be used.

The world premiere of the Golf GTI came in 1975 at the International Motor Show (IAA), which gained a glowing response from the media. The Golf GTI was launched in Germany in June 1976 priced at 13,850 German marks, before enjoying worldwide success.

In order to recoup the cost of development and investment, the initial plan was to manufacture 5,000 units of the GTI MK1, although that soon turned into 461,690 units as the team hadn’t anticipated the vehicle to be as popular as they had initially thought.

The sequel to the GTI MK1 was released in 1984.  Still putting out 112 PS, the car maintained what became classic design features in the tartan sports seats and red strip in the grille.

After a catalytic converter was introduced to the car, the power output was reduced to 107 PS, but Volkswagen decided to offset the power reduction with a new 16v engine producing 129 PS (with a catalytic converter, 139 PS without) in 1986.  The final edition to the GTI MK2 family was the Golf GTI G60, a supercharged version with 160 PS, released in 1990.

The third installation in the GTI series was released in 1994.  Some visual features remained, although updated, but the dual headlights had now been replaced with a shared lens. Originally, the car produced 115 PS, but was increased to 150 PS a year later thanks to the new four valve engine. The first turbo diesel (TDI) version was released in 1996 with 110 PS, and VW went on to separate the petrol and diesel versions, becoming known as GTI and GTD. The same year saw the release of the “20 years of GTI” anniversary edition.

The fourth generation of the GTI was seen as the begining of a new, cleaner and more modest era of automotive design, being the first in the range to not have the red strip in the grille. The four and five cylinder petrol engines delivered up to 170 PS, and the diesel engines produced up to 150 PS.  The MK4 had the “25 years of GTI” special edition, a turbo charged petrol version with 180 PS.

The prototype for the fifth generation GTI was launched at the International Motor Show (IAA) in 2003.  A production version was revealed at the Paris Motor Show in September  2004, with the official launch of the GTI model in November.  With eye catching design features such as the black honey-comb grilles, and a new turbo charged engine, the car looked the part while hitting 62 mph in 7.2 seconds. That time was cut to 6.9 seconds with the addition of a new dual clutch gearbox (DSG), with a top speed of 146 mph. The “30 years of GTI” edition was released in 2006, followed by the re-release of the “Pirelli GTI” in 2007, both producing 230 PS.

As 2009 saw the 6th edition of the Golf GTI, racing don Hans-Joachim Stuck was in control of the vehicle’s set up.  Styling included dual tailpipes, a new electronic differential lock (XDS) improved the car’s handling, and the turbo charged engine produced 210 PS with a top speed of 149 mph. In 2011 the car was made available as a convertible for the first time.

For the 35th anniversary in 2011, the “Golf GTI Edition 35” was released, generating 235 PS. With a low power-to-weight ratio of 6 kg/PS, the Golf could reach 62 mph in only 6.6 seconds. When VW took the new GTI to the Nürburgring, it hit a top speed of 153 mph, making it the fastest and most limber GTI to date.

Unlike previous models, in 2013 the GTI MK7 was launched with 2 output versions: the basic version producing 220 PS, and the Performance version delivering 230 PS, with the performance version being the first in the series to feature differential lock for the driven front axle and was constructed on the modular transverse matrix (MQB), making the car 42kg lighter and even more charismatic.  The manual gearbox in this version made it the first GTI to reach 155 mph. This formed the basis of the GTI Clubsport, capable of producing 290 PS, taking only 5.9 seconds to reach 62 mph with its new boost function, which was presented at Portimão race circuit in 2015, to then be launched in 2016.

1 year later saw the arrival of the Golf GTI Clubsport S, delivering a mighty 310 PS – propelling the car into the world of motorsport.

2016 was the 40th anniversary of the Golf GTI. That year, with the GTI Clubsport S, Volkswagen works driver Benjamin Leuchter broke the record for front-wheel drive vehicles around the Nürburgring’s Nordschleife with a top speed of 164 mph in 07:49 minutes.

How will VW celebrate the 45th anniversary of the Golf GTI this year? As no official announcement has been made, only time will tell. But one thing’s for sure, we can’t wait to see what they come up with for the occasion.

We have a range of vehicles available for 6-12 month lease, so book a call with our VW expert Rob Nutt today to see how we can help.