Top facts you need to know about Audi

Audi is one of the most popular German car manufacturers to this day. Their brand has come to signify luxury, modernity, technology and sophistication. Currently, Audi have over 50 different models, all including top of the range technology and premium quality.
They have followed their “Vorsprung durch Technik” (“lead by technology”) philosophy with each Audi series since 1909, and will continue to do so for a long time.
Here is all you need to know about Audi.
What does Audi stand for? 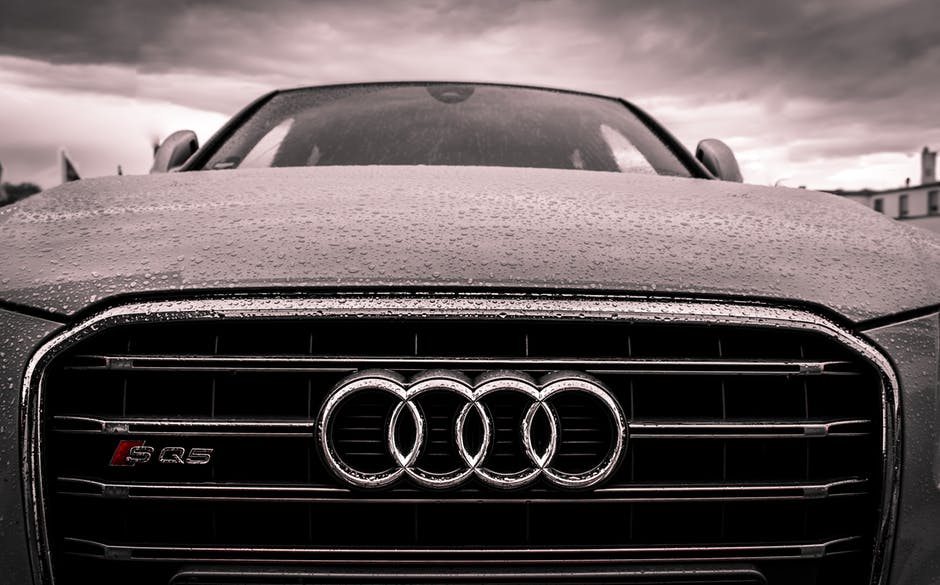 Audi’s name came about when August Horch parted ways with Horch Motowagenwerke AG and set up his new company in 1909. Horch was unable to use his own name when establishing his new brand. Instead, he translated his name to Latin. Horch, which means listen, became Audi.
The History of Audi
The car manufacturer was first established in 1909 by one August Horch. Audi strove to international attention after a series of successes in the International Austrian Alpine Rally. Audi won the rally three times in a row, during the years of 1912, 1913 and 1914.
They also became one of the first manufacturers to produce cars which incorporated left-hand drive and a floor mounted gear with the Audi Type K. This made control in traffic much easier, and all other manufacturers followed suit soon after.
In 1927/28 the company experienced some financial difficulties before being bought by DKW business enterprise.
The Meaning behind the Audi Logo 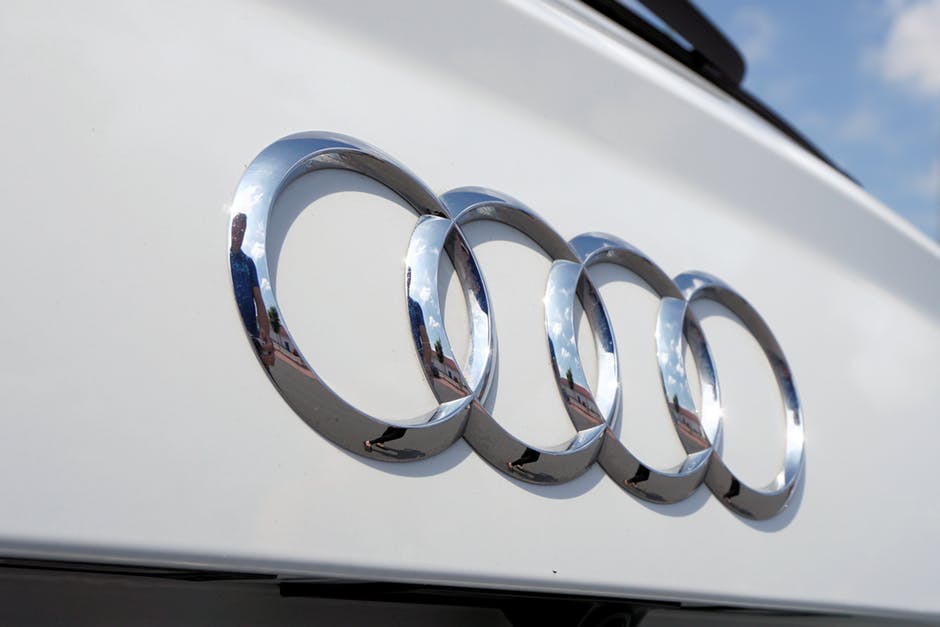 In 1932, four of Germany’s top independent motoring manufacturers joined together to create the Auto Union AG. The Audi logo of four rings linked together symbolises the amalgamation of Audi, DKW, Horch and Wanderer.
Audi Sport 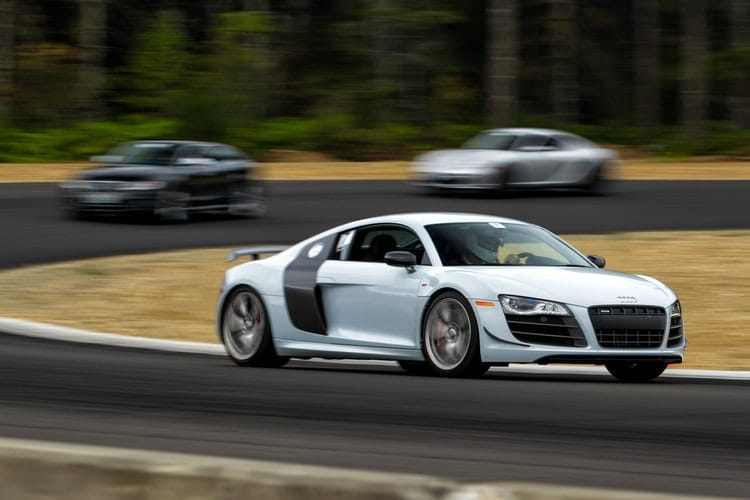 Not only does Audi produce top of the range, luxury vehicles for daily use, they also have a focus in racing. Since 1978, Audi have been successful in hundreds of races around the world.
Their superior quattro technology enabled them to dominate many other manufacturers. Audi have seen multiple successes in rallying, circuit racing and Le Mans 24-hour race and are now are turning their attention to Formula E (the world’s first electric car racing series).
Fun Facts about Audi • The famous German manufacturer has its sights set for the moon! 10 years after starting on this project, Audi will finally be implementing their Audi lunar quattro rovers onto the moon’s surface. • Audi completed the Pikes Peak hill climb… without a driver. The TTS model was fully autonomous and made it to the 14,100 ft summit in 27 minutes.
Most popular Audi models 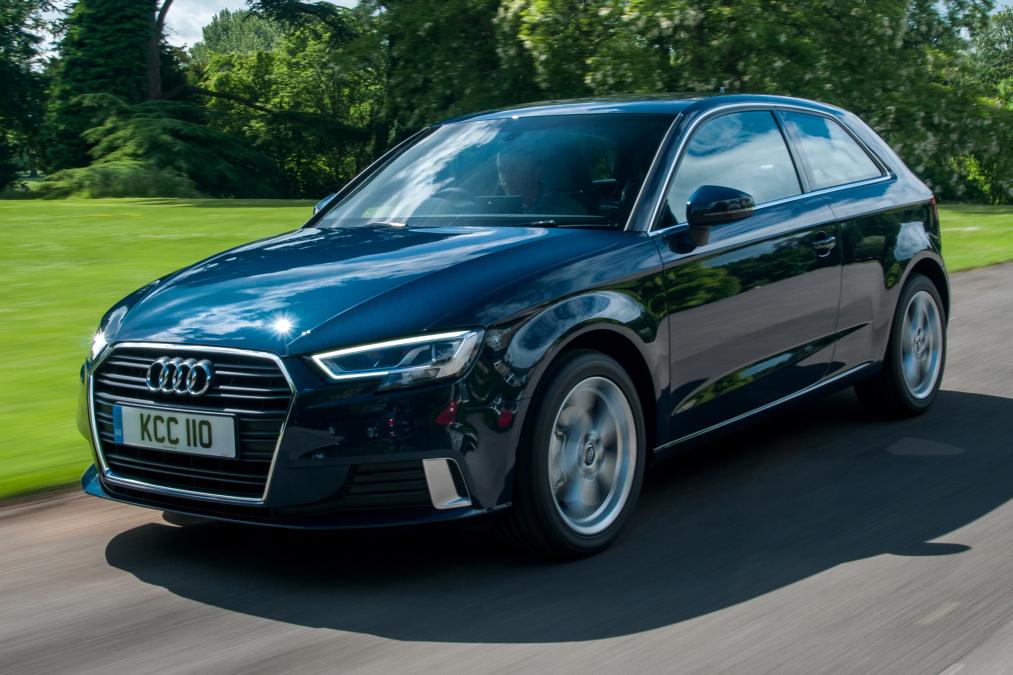 Audi A3 In 2016, there were around 352,851 A3 model Audi’s in the UK, making it the most popular Audi car in the country. This high number is out of more than 177,000 Audis sold overall. This particular car is popular among fleet drivers as well as private buyers, with the number of vehicles sold increasing by more than 6%.
Audi A4 There were a total of 340,952 Audi A4s on the road in the UK. The A4 model earned a good 4/5 star rating by AutoTrader in 2016. The car was praised for its powerful, efficient engine and its luxurious interior quality.
Audi A6 With 137,491 Audi A6s on UK roads in 2016, this model comes in 3rd as the most popular. Like the A4, the A6 is praised for being a great all-rounded vehicle with, again, a fantastic interior. This vehicle is appreciated by AutoExpress for being “a classy executive saloon to rival the BMW 5 Series and Mercedes E-Class”.Future Audi Models 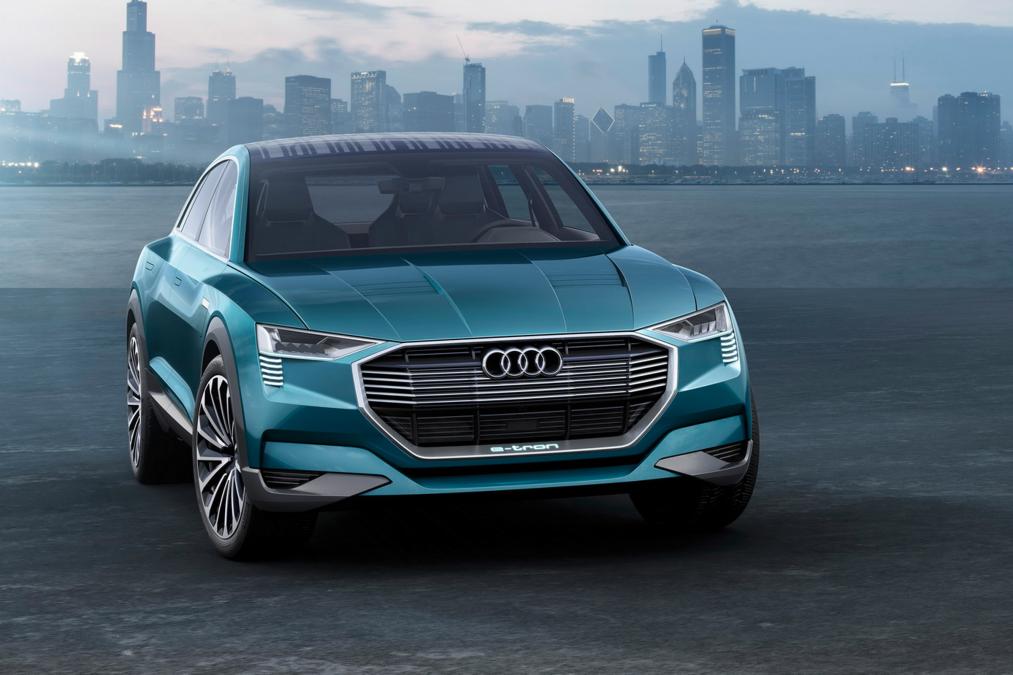 E-Tron SUV Probably one of the most anticipated vehicles, the E-Tron is Audi’s answer to the rising competition with electric cars. With Tesla and the upcoming Jaguar I-PACE as competition, the E-Tron SUV is said to boast a 311-mile range.
Set for release later in the year, this will be an exciting addition to Audi’s massive fleet. is said to boast a 311-mile range. With a release date set for late this year, this is will be an exciting addition to Audi’s massive fleet.
Audi A7 Sportback With a slated release of April this year, the Audi A7 Sportback is an update on the original A7. Its new look is sleeker yet more dominant with a wider grille at the front. Both the Sport and S-line specification levels boast an mpg of over 40, as well as quick 0-60 speed times. This is one model certainly worth waiting for.
Audi Lease Deals
Audi are a long-established, superior car manufacturer. So why miss out on your chance drive one?
Look into our short-term leases to find your perfect opportunity to get behind the wheel of an Audi without having to purchase one.
If you enjoyed learning about Audi, why stop here? Check out our similar blogs to learn everything there is to know about Mercedes or the Volkswagen Transporter.